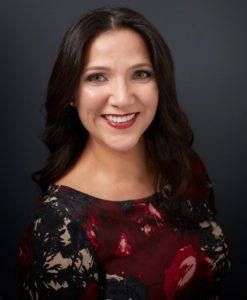 Raquel Tamez was named CEO of the Society of Hispanic Professional Engineers (SHPE), in June 2017 a national network of more than 300 chapters and over 10,000 professional and student members. Founded in 1974, SHPE’s mission is to change lives by empowering the Hispanic community to realize its fullest potential and to impact the world through STEM awareness, access, support and development. SHPE provides a variety of programming, services, and resources including hosting the largest Hispanic STEM conference in the nation.

Before serving as the CEO of SHPE, Raquel Tamez served as the Chief Legal Officer, General Counsel, and Senior Vice President of Legal at SourceAmerica. She speaks fluent Spanish and has received national recognition as a recipient of the Hispanic Corporate Achiever Award bestowed by the Hispanic Association on Corporate Responsibility. Raquel is a 2011 Fellow in the Leadership Council on Legal Diversity (LCLD) Talent Development Program. Raquel was featured in the “Leading Latinas” June 2013 issue of Hispanic Executive and was subsequently selected for the magazine’s “Best of 2013” tablet edition. In the Summer/Fall 2013 issue, Raquel was featured in Hispanic Career World published by Equal Opportunity Publication. 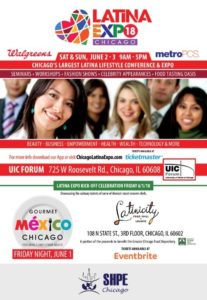 Raquel was also honored with the designation of “R-3 100: The Next Generation of General Counsel” in the August 2013 and 2015 issues of Inside Counsel. In March 2015, Raquel was named one of the “2015 Corporate Counsel Trending 40” by Legal Bisnow and the Association of Corporate Counsel. Raquel was featured once more in the September 2015 issue of Hispanic Executive highlighting her work with a cause. In January 2016, Raquel was voted one of “25 Most Influential Hispanic Lawyers” by Leading Latinos magazine. And in February 2016, Raquel presented the need for more minority lawyer thought leadership on Minority CounselorTV. In March 2017, Vanguard Law magazine featured Raquel’s role in creating employment opportunities for persons with significant disabilities as well as building resilience outside of the classroom.

In May 2017, Raquel was featured for the third time in Hispanic Executive. This time in its most popular issue, “Best of the Board.” In this feature, Raquel discusses how to overcome professional setbacks with the support of a personal board of directors. In June 2017, after onboarding as the new CEO of SHPE, Raquel was featured in Latina Style
magazine’s Executive Spotlight wherein she addressed Latina’s inherent power of transformation and superpowers. Three months later in October 2017, Raquel was quoted and interviewed by Al Dia News about SHPE’s highly-anticipated National Convention, the largest gathering of Hispanics in STEM. Most recently, Raquel was nominated and appointed to serve as a member of the FCC’s Diversity in Tech Working Group of the Advisory Committee on Diversity and Digital Empowerment; and will represent SHPE as a member of the STEM Education Coalition.

Raquel graduated from the University of Texas at Austin and St. Mary’s University School of Law. She is a native of Texas and currently resides in Capitol Hill, Washington, D.C. She has a certification in personal training and Pilates; practices yoga regularly; and is avid runner, swimmer, and road biker.

Visit https://www.chicagolatinaexpo.com/ for full details on the expo.

Check out the expert-led sessions, workshops, and events lined up so far for the largest…

NextWaveSTEM and SHPE-Chicago will be offering a free 3D printing class for SHPE-Chicago's Professional members. The…

REGISTER NOW for the 2018 National Convention

Early Bird Pricing Ends August 31 Join us for the 2018 National Convention in Cleveland,…